Welcome to the Tombs 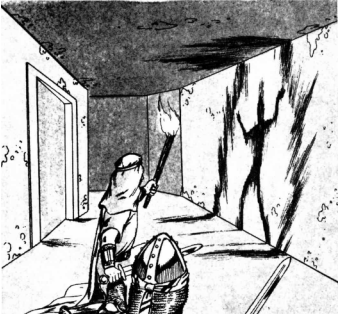 On the 24th day from Selenica, the party descends to the next level. The huge limestone blocks that make the walls are the same, but the air here seems a little more stale, the darkness a little deeper.

Painted on the walls of the room are court scenes showing a King and Queen being entertained by a dwarven jester. The paintings are faded and not detailed; it is unclear whether the jester is an actual Dwarf or a small human. A small coffin rests in a niche in the east wall and in each corner of the room is a large brass jar.

Jon immediately explores the nearest brass jar. Holding his candle over it, he peers into its depths, then drops the candle inside. Next he takes his trident and pokes the butt end around inside the jar. When FluffyKitty comes over to observe, he tries to communicate something to her with gestures. Leaving the jar, Jon moves to the coffin, but the rest of the party ushers him away.

Odleif takes his rope out of his sack and drapes it over the end of the ramp. When the last of them steps off, it slowly rises to the ceiling, but the rope ends hang out and can be pulled down. The group assumes their marching order and steps out into the hall.

It is soon apparent that this layer, in keeping with the form of the step pyramid, is much larger than the previous ones. Long stone corridors quickly become a maze of numerous branching passageways.

Choosing one seemingly at random, the party proceeds. Morgan and Odleif lead, with Jon and Hazrad in the rear. At the end of one passageway, the door to a room is scorched, as is the end of the corridor. The outline of a man-sized humanoid form is etched into the scorched wall section. The door to the room is slightly open, but not enough to see into the room.

“Dagon?” whispers Jon, presumably giving the Atruaghin word for dragon. No one in the party is desirous of trying the room, and the corridor nearby seems to twist and turn without plan or reason. They decide to return to the nexus of hallways they passed. Unbeknownst to them, their light and noise have attracted the attention of three spitting cobras which glide soundlessly up behind them.

At the grand intersection, the party tries the next room. Inside, a mummified human in plate armor and holding a halberd stands at attention against the west wall. Grouped around the mummy are nine skeletons holding swords, also at attention. As the first people step in to the room, the skeletons animate, and begin moving toward the door. The party quickly retreats, calls upon Ember for support, and re-enters the room. 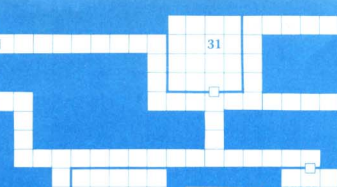 The fight is brief, largely due to Ember turning away half of the skeletons, so the party needs only to engage them in two smaller groups rather than as one large force. Still, several people receive minor wounds before all of the skeletons are laid to rest. Pooches gnaws on rib bones as the party searches the room.

Meanwhile, Hazrad, Wolfbane, and Jon have remained outside the room, not partaking in the fight. Jon is growing increasingly disenchanted with the situation. Superstitious of disturbing the dead, frustrated by his inability to communicate, and offended that he has not been healed to the point where he could assist in combat, he lights another candle and returns down the corridor of the scorched doorway. Perhaps there is something of importance in the room?

Before he reaches the room, however, he is confronted by the three cobras that have been trailing the party. His candlelight plays along their shiny scales as they rear back and spread their hoods.

Jon turns and runs, but not back to the party. Rather, he runs toward the room with the ramp up. Unfortunately, his new chain mail armor slows him – he runs, but the cobras are faster. He is nearly at the door when they catch him, one cobra sinking its fangs deep into his calf muscle. Jon falls to the ground as the poison courses through his body. Hazrad and Wolfbane watched Jon’s retreating candlelight in frustration, then see it snuffed out as he turns and runs past them, screaming. A second later, they see the snakes. Hoping to assist, they follow, but when they round the corner he is already on the ground, unmoving. Wolfbane casts her sleep, and Hazrad quickly chops the snakes into pieces. By the time they reach Jon’s side, Hazrad feels no pulse.

Wolfbane strips his pack while Hazrad arranges Jon’s form as if for burial, but then carefully coats his clothes with tarry oil from his torches and sets them ablaze. It is not enough to consume the corpse or turn it to ash, but the hair and skin will certainly be seared off.

Just as the main party returns to them, smoke and the smell of burning flesh are billowing down the hall. Morgan demands to know what Hazrad is doing. “Should it please the servant of my master,” says the ylaruai, indicating the bodies of the snakes, “we tried but could not save him from the poison. Considering where we are, and that you were already engaged with unholy skeletons, I thought it better to destroy the body before it could turn on us.”

“And,” says Wolfbane brightly in Darokite, “I have his stuff!” 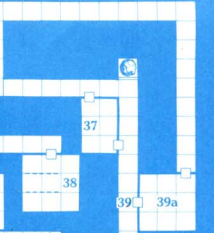 The party continues down a hallway to the next door. The room beyond appears to be empty except for an odd-shaped mound in the southwest corner of the room. Rustling and faint
squeaking noises seem to come from the mound. After a few moments of watching it, a long pointed nose pokes out. Morgan leads half the party to the other door, pushes it in, then waits for the swing back to grab and hold it open from without. Inside, Pooches is set to dig on one side of the mound while arrows are shot into the other. In a few moments rats of unusual size, each three feet long or more, come pouring out, and are herded out the open door and down the hall. Their pattering feet recede into the distance – Morgan thinks she counted ten in all.

While Ember rests, the others use poles to stir and probe the rats’ nest – a pile of stolen fabrics, broken crockery, dirt and earth, and bits of half-gnawed leather. Three hundred gold coins and four gems are recovered over the next several hours. The nest covers a crack in the wall between two crumbling stone blocks, but it is too small for even FluffyKitty to enter. Iris’ cat is sent in but quickly returns, dusty and with bristling fur.

After Ember heals a few minor wounds, the group decides to press on. Many are still wounded, but no one is comfortable resting in the rat room. Before they leave a full vial of oil is used to set the remainder of the nest on fire, as a deterrent to that rats’ return.

The long hallway out the other door, down which the rats ran, passes out of sight. There is a door, however. When this door is opened, the first sight is that the room beyond is filled with light. Before anyone can fix on details, however, a cry goes up from the rear of the party. From the nearby corner, a wall has slid back, revealing a giant boulder, stone-carved to perfect roundness, which even now is barreling down on the party! Without a thought to what might be in the room beyond, the party begins piling through the door as fast as they can. Hazrad is in the rear – he can see the boulder approaching, feel the floor starting to shake, but still there are people in front of him. He can see the flashes and hear the scraping as the boulder careens down the hall and ricochets off the walls. Finally the way is clear! He dives through the open door, feeling the rushing air tug at his cloak as the boulder passes. Several heartbeats later, there is a distant thud. No one feels the impact, but dust falls from the ceiling.

Picking themselves up off the floor, looking about, the party regains their composure. A sarcophagus rests on a dais in the center of the room. The dais is 10’ square. From each corner of the dais rises a slender, 6’ tall column. The tops of the columns meet the corners of an arched dome above the sarcophagus. On the dais at each end of the sarcophagus is a brass jar from which flames dance. Finally, the walls of this room are painted with scenes from the life of a noble lady.

Ember is intrigued – the flames from the brass jars seem to have no source – they truly are eternal flames. These people may have worshipped strange gods, but it seems they did know something of the truth. Morgan suggests opening the coffin, but is practically shouted down. No one wants to deal with whatever curses or undead guardians are summoned – they may be adventurers and opportunists, but apparently they are not grave-robbers. She has to content herself with searching for secret doors, as many several others then proceed to do.

Hazrad examines the sarcophagus – not to open it, but merely for inscriptions or clues. He finds nothing, then tries to shift the brass jars – they appear to be bolted to the floor. Behind one of them, however, he finds a bronze tube with a parchment inside. Ember and Iris are immediately interested. They take out the parchment – there is a map in faint ink, marked with an “X”.

The room appears to have no more secrets to yield, so the party leaves by the other door. Long, turning hallways lead back to the room with the skeletons. Of the four-way intersection, there is now only one hall down which they have not explored. Before they start, Bhelgarn quickly examines the alcove from which the boulder came, thinking it might lead somewhere. Alas, it is a simple chamber with a ramped floor to give impulse and a sliding wall. He admires the workmanship – this civilization knew stone. 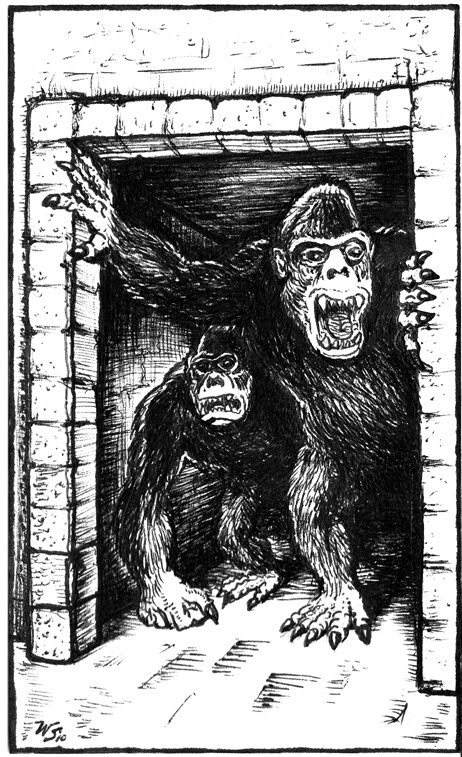 The party moves forward to engage, but the apes prove incredibly tough. The one faced by Morgan takes several terribly-punishing sword-strikes before finally collapsing, while the other takes hits from half the party before it is dispatched. One ape stumbles and falls against the sarcophagus and it opens – a mummified body tumbled out. The party catches their breaths, but the body does not stir. It is a human in plate armor, with a sword. The leather straps of the plate are rotted away, the armor itself tarnished and rusty. The wood and leather of the scabbard are crumbling – but the sword beneath looks a bright and polished as the day it was forged!

Morgan claims the sword, and none object. The group is at the end of a long hall in a seemingly deserted part of the pyramid, in a room with a single door, and without a filthy rat’s nest. They decide that here at least is a defensible place to rest.