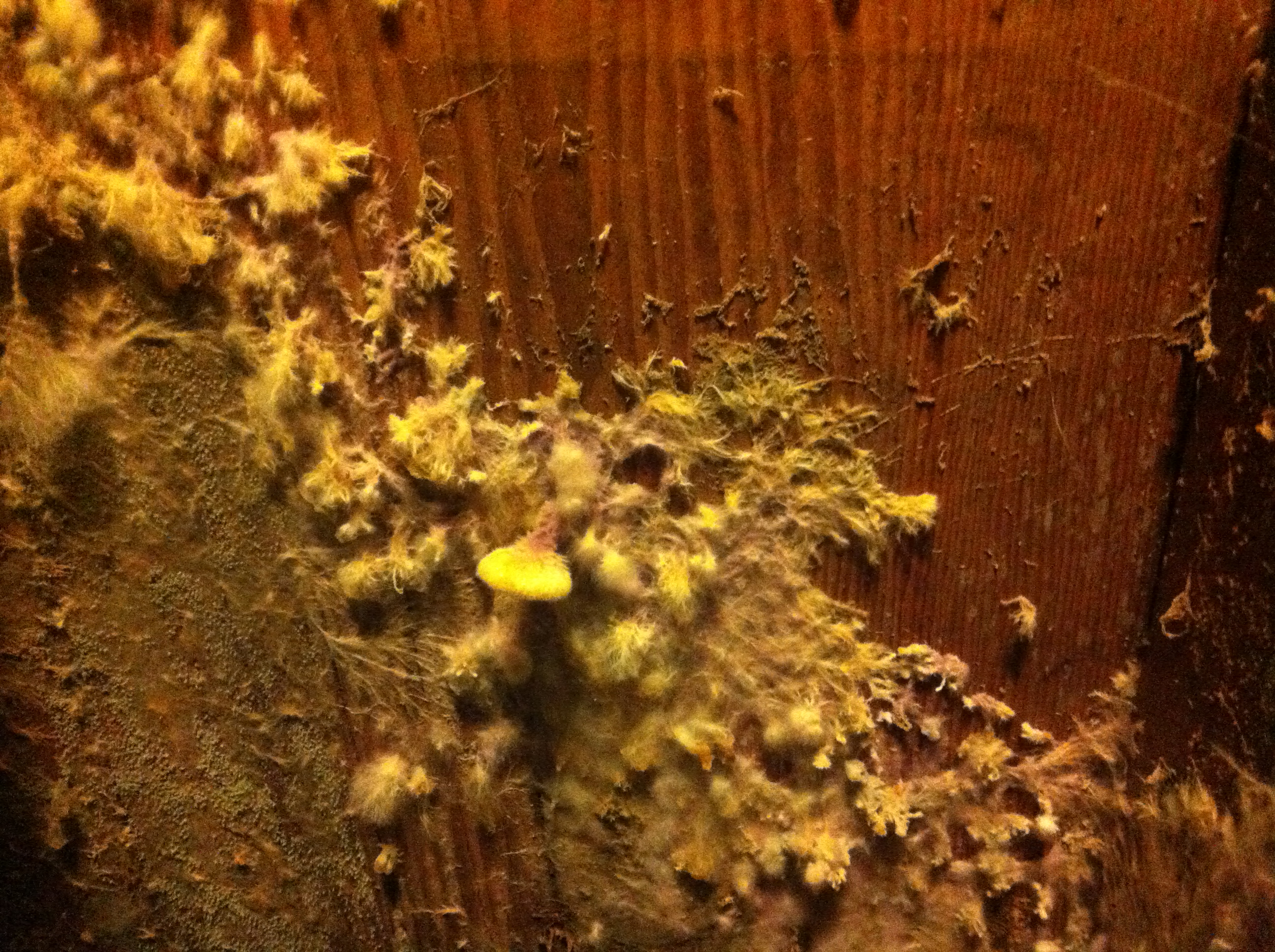 The party passes a day while Ember heals Jon, Thrud, and Bhelgarn.

It is the early morning of the 22nd day since they left Selenica, with Jon still unconscious. Iris and Odlief are on watch duty while the others rest. Iris, with her keen elven hearing, notes the approaching tramp of boots approaching. She hisses at the others for quiet while she moves behind the door and draws her sword.

Thrud, now conscious, moves to stand in front of Morgan (who has just roused from sleep and is busy putting on her ring mail). FluffyKitty moves behind the alter, so that just her shoulders and head peak out, and puts a stone in her sling. Odlief readies an arrow and Hazrad his throwing knife.

Suddenly the stone pivot-door swings open. Two hobgoblins storm into the room and are met by a barrage of missile fire; an arrow, a slingstone, a handaxe, and a throwing knife. Hazrad moves forward to engage as Iris stabs at a second rank of hobgoblins entering. After a brief but intense melee, only one hobgoblin is left, and Thrud has fallen defending Morgan, who now stands, armed and armored, against the halfling. The last hobgoblin decides to flee – he is running back to the door when Wolfbane finishes her sleep spell, catching him, Hazrad, and (as Iris later discovers) two hobgoblins still outside the door.

Morgan and Iris dispatch the three sleeping hobgoblins while Odlief searches for their means of entry. The snake-basket room still has a flooded floor, and there are no wet bootprints in the hall, so it is presumed that they have entered by the button-door, spiked closed as it is.

Iris searches them – they have a day’s worth of water each in flimsy leather skins, but nothing else of value. However, their goods are considerably better quality than the goblins previously encountered, they have leather boots (not bare feet), leather armor (not rags), and their swords and clubs are in good repair, though not as good as what the party already possesses. None carry shields. FluffyKitty is inspired; she strips one of its armor, then retreats to the temple room to tailor. Odleif and Morgan carry bodies to the end of the hall and pile them against the button door. It may not stop entrance, but hopefully it will delay and make noise. As they examine them, they see that all of the hobgoblins have their foreheads marked – some in dye, some tattooed – with the symbol of an eye surrounded by eight wavy rays.

While Ember takes over care of Thrud, Morgan expresses her impatience. She is concerned that another such patrol will wound them faster than Ember can heal them, so that they will become trapped here. She wishes to scout ahead for a safer resting place. Odleif, Bhelgarn, and Iris agree to go with her.

Morgan is a reluctant magic user, dating from when as a pupil she was always behind her elven peers. So she was surprised when Wolfbane’s sleep spell affected the two hobgoblins in the hall, passing through thick walls of rock. While she may not have known that vefore, she does now, and is ager to put her new knowledge to use against the bats. She leads the away team back to the water trap room and readies her spell while Odleif listens at the door. He shakes his head to indicate that he does not hear scratching, then slowly pushes open the stone pivot door. No bats fly out.

The woodsman shines his lantern into the room beyond, illuminating it. The room is filled with shelves, covering all of the wall except for a passageway in front of the secret door on this wall and a normal stone door on the opposite wall. The shelves are mostly empty, but a few contain crates. The shelves and crates both are covered in thick dust and a vile-looking yellow fungus that grows in large, thick clusters.

Morgan examines the floor – while the mold encrusts the stone in radii extending from the wooden shelf posts, it does not completely cover the floor, especially in the center of the room. She and Odleif delicately pick their way across the room. Next up is Iris, who tells Pooches to heel and then follows her adventuring mates across the room. The dog, however, stops to sniff at a patch of mold. Immediately that section shoots out a cloud of delicate golden spores, and the dog inhales deeply. Two seconds later he begins to cough, then to whimper. Iris drags him back to the water trap room. He begins to wheeze and cough up blood. Iris scoops him up and runs back to the temple room, leaving Bhelgarn staring at her retreating form.

Iris begs Ember for help, but the nordic cleric says that this is more like a disease than a wound – it is beyond her meagre power. Iris reminds her about the healing honey, and seeing the reluctant look on her face, reminds her that it is only because of Iris’ knowledge of animal lore that they have the honey in the first place. Ember acquiesces and opens the flask. Pooches laps at the honey in between coughing fits. Eventually his coughing slows and he falls into a fitful sleep, head in Iris’ lap.

Meanwhile, Morgan and Odeif hear Bhelgarn shout that he will guard the door. They advance down the corridor, coming to a T-intersection. One way leads to another button door, the other to a normal door and a ruined temple. They return to the fungus room. Looking with her infravision Morgan sees that the patch of fungus which shot spores is still warm. Looking with his lantern, Odleif sees that the air is still filled with a fine golden haze of spores. Holding their breath, the two return across the room, join Bhelgarn, and then the main party in the temple.

After a few more hours of rest, both Thrud and Jon are conscious and ambulatory. Morgan tells everyone to pack up. She leads them to the fungus room and cautions them to cross carefully, single file, and not to touch anything. Iris wraps Pooches in blankets and carries him. He whines and shivers as they pass.

Morgan leads the way into the ruined temple. It has been looted and deliberately wrecked. The stone altar has been smashed, and no ceremonial equipment can be seen. A word has
been scrawled on one wall in large letters; Hazrad recognizes it as the proto-Alaysian script but he cannot even read the modern form.

Odleif lengthens the wick on his lantern and studies the floor. The stone is covered in dust, but he detects a faint trail leading down the center of the room, and then curving behind the alter. They follow in single file, Pooches walking on his own now, sporting leather barding courtesy of FluffyKitty. As Morgan rounds the alter she steps on a section of floor and feels it start to give way. She withdraws, and it rises again. She steps again, and sees that a 20’ long, 10’ wide section of the floor has been counter-weighted to serve as a ramp to the next lower level of the pyramid. The group proceeds.